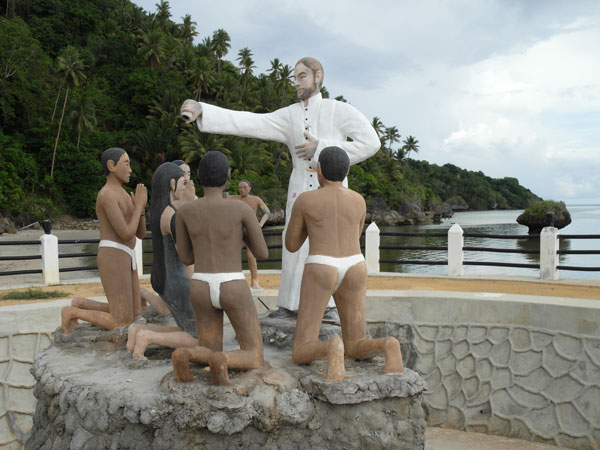 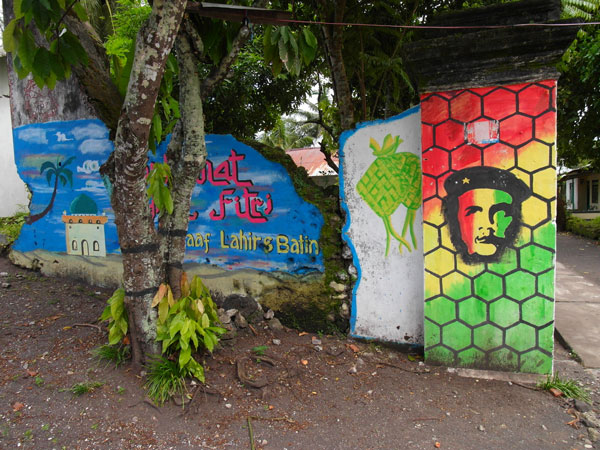 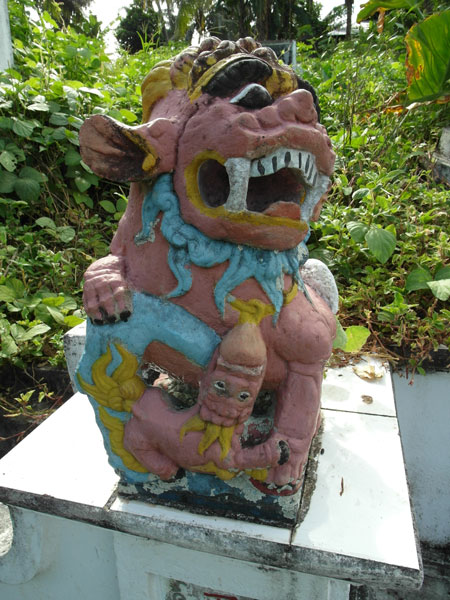 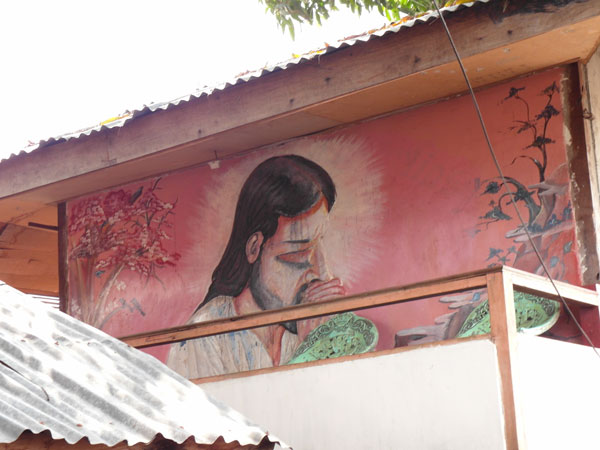 The Blessed Virgin Mary on a hill going out of Boawae, in Flores, made me homesick for the near-identical BVM outside the Priest’s House in Castletownshend, the prettiest village in Ireland. (I wonder idly where they are produced. There’s a smaller but otherwise also identical version in the garden of the guest house I’m staying in.) As I walked up to photograph her, this graffiti outside the dorm rooms caught my eye. I wasn’t sure whether to be shocked that it was there at all, or to be shocked by how tame it is…