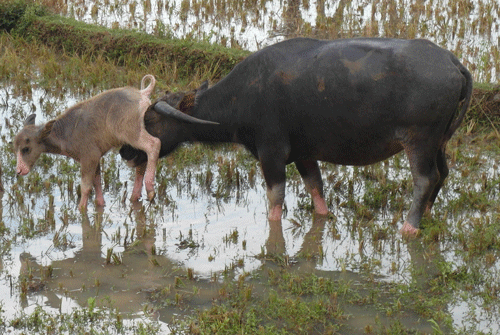 With individuals and political parties jumping in and out of bed with one another with gay abandon, it’s quite hard for a new (re)arrival to figure out what’s going on in Indonesian politics. I am somewhat incorrectly on the record as a supporter of PDIP (a story too long to tell, but perhaps this banner, modified ahead of the last election, will give an idea…). 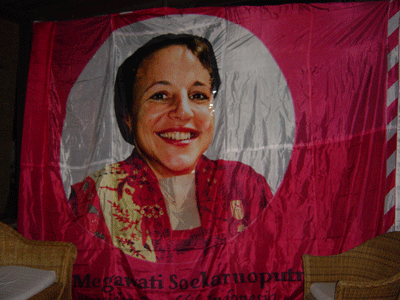 I thus have to express dismay at the apparent bullying of PDIP in its former strongholds (including Bali) by the Bigger Party. One of PDIP’s undoubted attractions has been it’s bottom-line campaign slogan “Coblos moncong putih!”. “Puncture the white snout!” — it certainly loses something in translation. But this being the logo of PDIP: 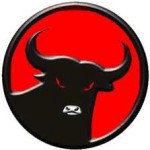 and the slogan dating from a system where voters punched a hole in the party logo of their choice, it was pretty effective.

For some reason, I thought of it this as I saw this small, unstable, “moncong putih” being shoved around by its larger, older “parent”.