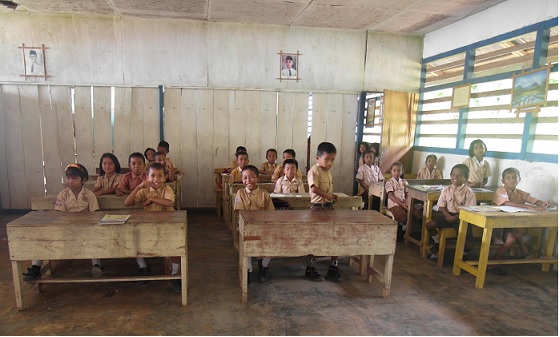 Many people took offence at the title of my earlier post about Indonesia’s appalling performance in maths and science in the internationally standardised PISA test.

Those who also read the article rightly pointed out that the headline, which called Indonesian students “stupid”, did not match the contents of the post, which was about the failure of Indonesia’s educational system to prepare children for the needs of a modern economy. I apologise for any offence caused, but am glad that the headline piqued some people into reading about this indicator of Indonesia’s educational melt-down, widely ignored by mainstream media.

Now, over at Inside Indonesia, I’ve written a longer piece with an equally inflammatory title, which gives some of the reasons for that failure. A nation of dunces describes the use of teaching jobs as sources of patronage in decentralised Indonesia, and takes a look at the government’s (so far failing) efforts to increase quality in teaching.

3 thoughts on “Another inflamatory headline: A nation of dunces?”